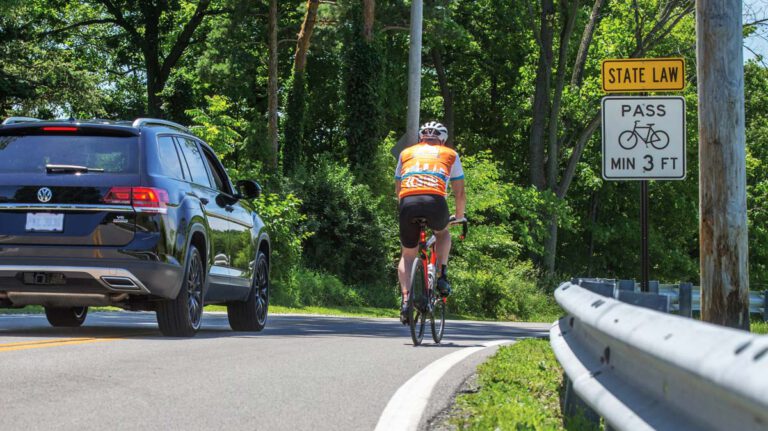 Everyone wants to be “safe” out on the roads, and traffic laws are designed to further that goal. The problem is, sometimes the law uses broad language to prescribe conduct which can have unintended consequences. This was the case in Ohio with the laws governing the passing of other vehicles. Before the passage of House Bill 154 in 2017, the Ohio Revised Code required people in motor vehicles to pass people on bicycles at a “safe distance” without providing any guidance on what a “safe distance” is.

This kind of vagueness or ambiguity is common in statutes and speaks to the nature of the legislative process. Think of it. When drafting hypothetical traffic laws, mandating that you pass someone at a “safe distance” seems like perfectly reasonable language to use. But it fails to account for some people’s interpretation of “safe” and as a result, people in cars were either deliberately or inadvertently passing too close to cyclists which is extremely dangerous. The good news is that it was a simple fix, Ohio House Bill 154 inserted the following language into Ohio Revised Code § 4511.27:

“When a motor vehicle or trackless trolley overtakes and passes a bicycle, the safe passing distance to the left shall be not less than three feet.”

Under the new version of ORC § 4511.27, “safe passing distance” is expressly defined as “not less than three feet,” but importantly, does not set a maximum distance, so if you wish to leave more than three feet you may. Violating this 3-foot minimum will result in a minor misdemeanor. The pertinent part of the new statute reads:

This seemingly minor change is a big win for cycling advocates, but not all motorists are aware it happened, and many are confused as to what to do when faced with a situation where they think this new law conflicts with their other driving duties. This situation presents itself most commonly on roads with a striped double-yellow line that people often erroneously think they should never cross because of language like the following on the books (and similar language like it throughout the country):

“The department of transportation may determine those portions of any state highway where overtaking and passing other traffic or driving to the left of the center or center line of the roadway would be especially hazardous and may, by appropriate signs or markings on the highway, indicate the beginning and end of such zones. When such signs or markings are in place and clearly visible, every operator of a vehicle or trackless trolley shall obey the directions of the signs or markings . . .“

Basically, this says that authorities may establish no passing zones, and you need to obey them when driving. This is the general rule that everyone knows, but it doesn’t end there. There are exceptions that make it legal for you to cross a double yellow line to pass a slower moving vehicle. Here is the section of code that permits it –

“Division (A) of this section does not apply when all of the following apply:

Putting all this together, most people want to know how to overtake a cyclist safely and legally. Here are three common scenarios and how I recommend you negotiate them.

Hypothetical #1 – Roads Without a “No Passing Zone.”

Most people know this one. It is the most common scenario out on the roads as many of our roads do not have double yellow lines. Pass a cyclist the following way (the same as you would any slow moving vehicle):

This hypothetical assumes a no passing zone on a road with a high enough speed that a cyclist is less likely to achieve half of the posted speed (like a 40 MPH or 50 MPH road). This hypothetical is less common than the first one because people on bikes generally prefer low speed roads, but particularly in rural areas this isn’t always an option. Additionally, because of the higher speed limits often found on country roads, No Passing Zones are more common. What should you do?

This is where motorists need to exercise some extra patience or risk not only hurting someone (or worse), but violating the law. The slow speed exception of § 4511.31(B) is not designed to be bicycle specific and as a result does not always resolve passing conflicts. Yes, the slow speed exception certainly helps mitigate some conflicts because there are lots of riders who roll around at 12-15 MPH on local roads with a 25 MPH or 30 MPH posted speed limit, but there are many other cyclists who routinely pedal around at 18-22 MPH (or faster) on similar roads.

In this latter situation with a quicker cyclist, they are traveling more than half the speed limit, thus rendering the slow speed exception inapplicable even if all the other elements are present (do not have to speed to pass, and there is safe sight lines).

This situation occurs in places that have a posted speed limit of 30 MPH AND a continuous double yellow line. The problem here is that many cyclists are enthusiasts or racers who can easily achieve half of 30 MPH (15 MPH) technically making it illegal to pass over the double yellow line. Even if you can pass without speeding, and even if you can see far enough down the road, if the cyclist is doing more than half the speed limit, you shall not cross a double yellow line according to Section 4511.31. You simply have to follow behind the bike going below the speed limit as you would behind a car on a leisure cruise. The good news is that the bikes on the road like this are generally going close to or above 20 MPH, so while you might feel held up….are you really? Bikes are usually much closer to the speed of a car than they are to that of a pedestrian or a runner.

This may be incredibly frustrating to some drivers, but situations like this are relatively rare and limited to only a few places locally. If this is you, we encourage you to consider where you are and to consider a better route. Don’t put yourself on the wrong side of the law out of frustration! That said, clearly the law could use an update.

Some cycling advocates are already aware of this issue and propose the following language (or a variation thereof) to amend the law. Here is one possible modern no passing exception:

“When passing a pedestrian, bicycle, tractor, or other slow moving vehicle, the operator of a vehicle may drive on the left side of the center of a roadway in a no-passing zone when such movement can be made in safety and without interfering with or endangering other traffic on the highway.”

Naturally, this would need to be be tailored to fit in with the existing passing provisions of the Ohio Revised Code and other other applicable statutes, but it would expressly create an exception different than the “half the speed limit” standard currently in place. It would reduce driver frustration by allowing them an opportunity to make a common sense pass while staying within the bounds of the law….which is something we always want everyone to do.

Stay safe out there! 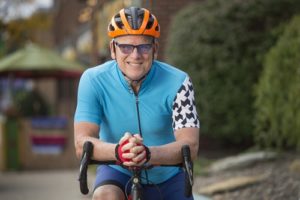 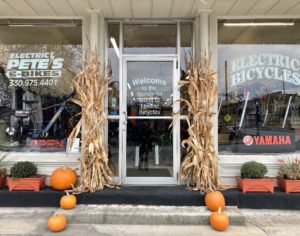 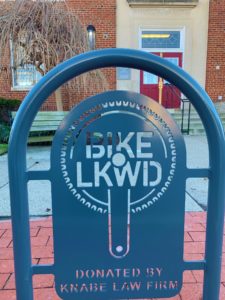 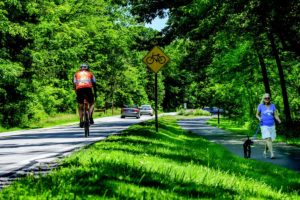