Call a Top Rated Attorney who is a fellow Cyclist! 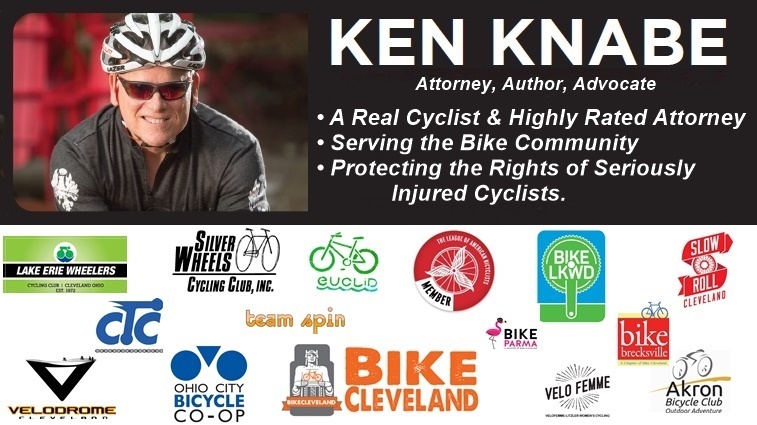 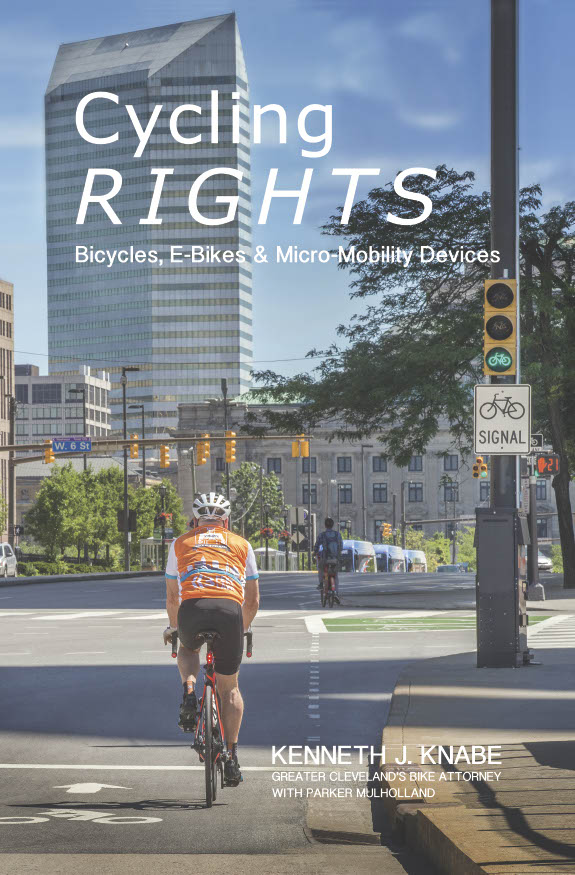 Greater Cleveland’s Bike Attorney Ken Knabe is an avid, experienced cyclist and a highly qualified injury attorney. He represents fellow cyclists injured by unsafe drivers of motor vehicles – he takes it personally when a fellow rider is injured by an unsafe motorist, since he is subject to the very same dangers! He works tirelessly on bike education and legislation for safer biking conditions. Ken is also a Top 100 Ohio Super Lawyer who understands the intricate legalities of a bike crash and the roadmap to obtaining justice. He teaches other lawyers how to handle bike crash cases! He publishes articles on bike law and has made numerous appearances on television and radio.

Bike accidents are unique. The bike, the accessories and the lingo are unique. A real bike attorney is an actual rider who is familiar with the modern road bike, and its accessories. Why? They are property which must be reimbursed fairly. Even more importantly, they may be evidence of a cyclist’s serious injuries: the cracked bike helmet, the torn/ripped or blood-stained jersey and/or bibs. The bike and all damages should be preserved! Any video footage of the crash scene should be identified and preserved as well as any GoPro, Garmin or Strava video or data.

Causes of bike crashes often include distracted driving, speed and inexperience. Often drivers of motor vehicles fail to look for or anticipate cyclists on the road, even though cyclists have an absolute right to ride on the road (except closed access highways). Ohio cyclists can never legally be confined to the sidewalks or the all purpose trail. 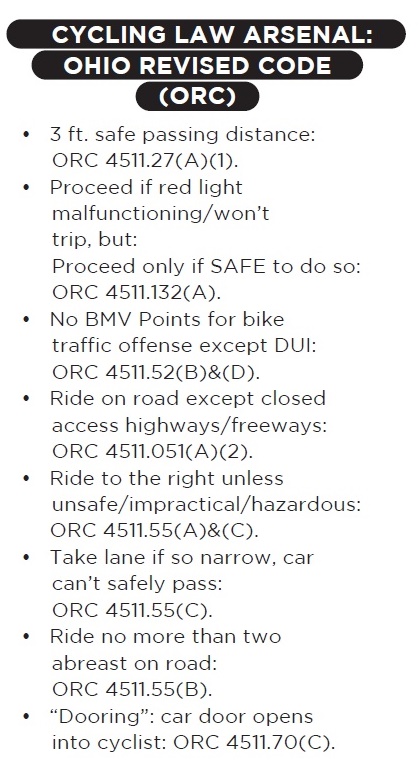 Knabe Law Firm has a supply of laminated P.H.O.N.E. cards, as small as a driver’s license and as easy to carry in the back pocket of a cycling jersey. Feel free to stop by or call our office for a complementary card. Additionally, the flipside of these cards contains a CYCLING ARSENAL with all current favorable Ohio cycling laws that all cyclists should have at their fingertips, should any issue arise while on the road.

Ken supports the bike community through membership in, and corporate sponsorship of Bike Cleveland and as co-author of its BIKES and THE LAW section; is a board member of the Ohio Bicycle Federation (OBF) and the Ohio To Erie Bike Trail (OTET), a GOBA sponsor, and sponsor of several local bike race teams. He is a member of many of the Greater Cleveland and Northeast Ohio bike clubs and provides free bike law safety talks to clubs upon request. He is a Kilo Level sponsor of Cleveland Velodrome and an Advocate sponsor of the League of American Bicyclists. Finally, he is a subcommittee co-chair with Cleveland's Vision Zero Legislation Task Force with the goal "zero" deaths and serious injuries for all road users and a widespread systems approach. Even one death or injury on the road is too many! 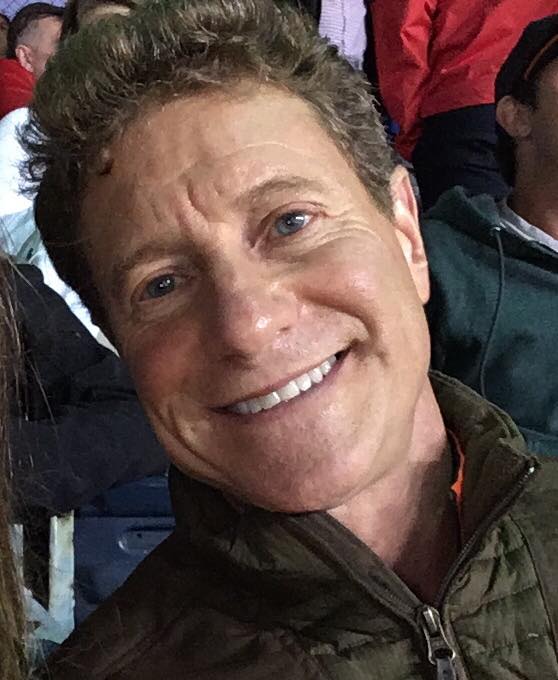